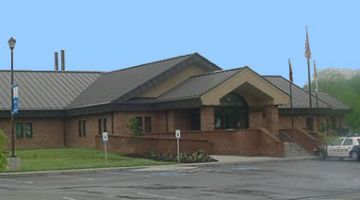 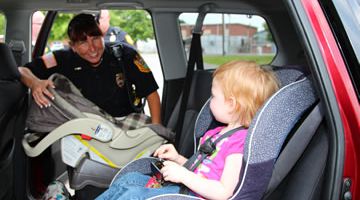 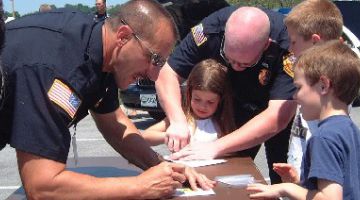 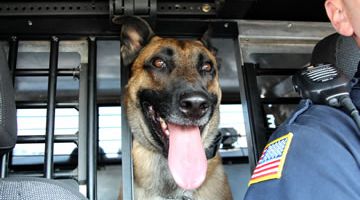 Keep your children safe and be sure to have them fingerprinted each year. For more information, call 453.5506.

The City of Sevierville is a home rule form of government formed by state charter in 1901. The Chief of Police is appointed by the City Administrator and is the head of the police department which currently serves over 15,000 permanent residents and more than 11,000,000 visitors annually. Officers patrol approximately 24 square miles within the City limits and about 200 miles of City roads daily. The Police Department consists of 59 sworn officers and 14 non-sworn support personnel.

The Sevierville Police Department (SPD) became an accredited law enforcement agency in 1999 through the Commission on Accreditation for Law Enforcement Agencies (CALEA). This nationally recognized accreditation program consists of over 450 professional standards that the SPD incorporated into their General Orders and daily operations. The department was assessed every three years by CALEA assessors and re-accredited each time by the Commission. In 2008, the SPD was recognized by CALEA as a Flagship Agency, noting that the SPD “represents an extraordinary example of excellence in public safety.”

The City of Sevierville holds municipal court on the first three Tuesdays of each month. Court is held at 2:00p.m. at the Sevierville Civic Center located at 130 Gary Wade Boulevard.

Reports are generally available 48 hours after completion of the officer's regular tour of duty. 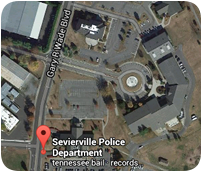